All about the magic of mint 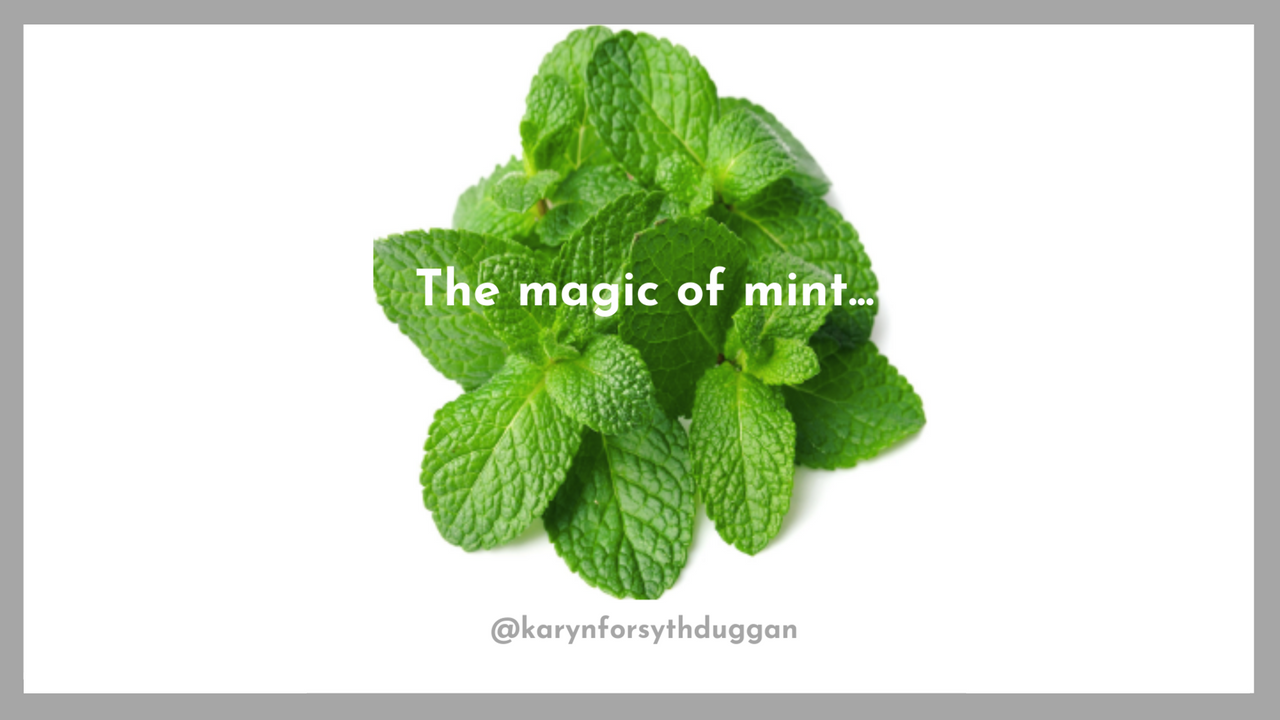 Mint is one of the most ubiquitous flavors in the world; it’s an essential part of everyday for most of us - when we brush our teeth, enjoy an after dinner mint, chew gum etc.  It’s also one of the most popular flavors in candies, cocktails and liqueurs especially over the Kentucky Derby weekend - the mint julep is considered the quintessential derby cocktail!

Aggarwal (2011) refers to mint as “the essence of freshness” but it’s worthy of note that beyond being ‘refreshing’ mint is also a potent healer.

Carminative herbs and spices are defined as substances that relieve flatulence and soothe intestinal spasm(s) and pain by relaxing the intestinal muscles and sphincters.

(I realize sphincter isn’t exactly a word you’d expect to ‘bump into’ especially as I just mentioned mint juleps...but our digestive systems are neatly divided into separate compartments by sphincter muscles. There are no less than 6 sphincters within our gastrointestinal tracts; the mouth is separated from the esophagus by the upper esophageal sphincter, the esophagus is separated from the stomach by the lower esophageal sphincter (aka cardiac sphincter)....I’ll resist the temptation to digress into a physiology discussion, but I bring this up for good reason...see below).

Carminative herbs are said to have the following actions:

Based on the above, mint can be very helpful for anyone suffering from classic IBS type symptoms such as cramping, bloating, flatulence.

However, it’s important to know that mint is contraindicated for anyone suffering from reflux on account of its capacity to relax the LES.  So, if your heartburn is worse than ever over the Kentucky Derby weekend now you know it may not just be the stress and excitement of wondering if your horse will win!

For ideas about what to pair mint with, and recipe suggestions - just search mint recipes within my blog.

Aggarwal, B. B. (2011).  Healing spices: How to use 50 everyday and exotic spices to boost health and beat disease.  New York, NY: Sterling.